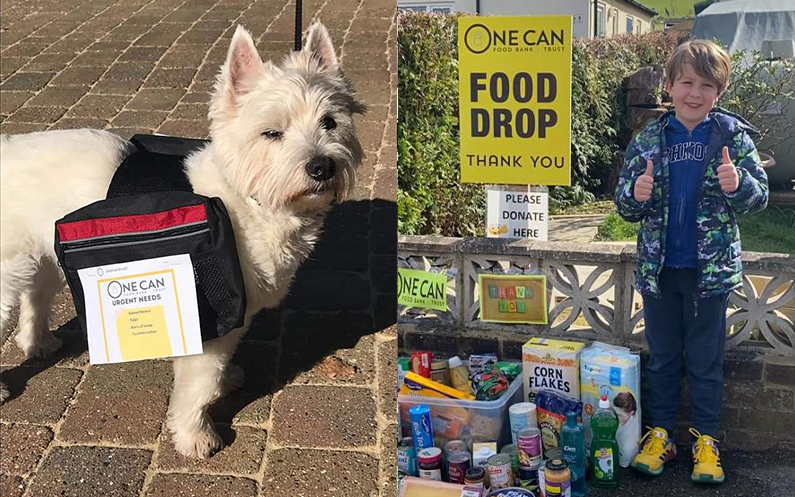 On 13 April last year, just a few weeks after the country went into lockdown, Henry, from Piddington, put a collection box outside his house, with home-made signs asking his neighbours to donate food to families in need:

“My village is amazing. Everyone keeps donating and my box is always full. Thank you to my neighbours for helping me to help One Can to support lots of families to get food.”

Henry also made a video to encourage neighbours to get involved and his efforts were even recognised with a Blue Peter badge, as well as a Commissioner’s Award. His mum, Katie says she’s extremely proud:

“Henry is still as passionate today as when he started a year ago. He has shown such kindness and at 7 years old, he is dedicated to making a difference in society.”

Henry got involved after hearing the very first Street Hero, mum of two Liz Blackman from Wooburn Green, on local radio. Liz’s act of kindness went on to inspire an army of new supporters:

“I’m so proud that more than 300 people went on to become Street Heroes. As soon as we went into the first lockdown, I knew so many families would be finding this an extremely difficult time. I’d heard of One Can and decided to put a box outside my house for friends and neighbours to donate cans and food. I leaflet dropped locally and after one hour the box was full. I soon found myself dropping off car loads of food many times a week!”

The idea snowballed across the area the South Bucks food bank serves, including High Wycombe, Marlow, Beaconsfield and Princes Risborough, where need from vulnerable families and individuals has trebled since last March – standing at 637 last week alone. Over the course of the year, more than 300 people signed up to the initiative.

Graham Peart is Chair of the charity:

“When the pandemic hit, we saw a drop in donations as people weren’t going to supermarkets as much and, at the same time, there was a huge increase in demand for our food parcels which continues to rise. I honestly don’t know what we would have done without the Street Heroes, whose efforts have worked so well alongside our other wonderful volunteers. I’d like to say the biggest of thank yous and please keep up your incredible work. We need you more than ever.”

The Street Heroes have also played a major role in raising awareness of the levels of need in the area, with some of them, including Henry, even singing on a remote recording of You’ve Got a Friend in Me, with Top Notes choir back in summer. Keyaan Hammed, from Stokenchurch, was also one of those who sung on the track. After doing more than 30 drops to the warehouse, organising collections at his school, John Hampden in High Wycombe, and donating proceeds from his business, the 17-year-old is now the charity’s youth ambassador:

“More and more people were in need due to loss of jobs, so I decided to become a Street Hero. I put a notice on my community page and the response I got was beyond words. I’ve carried on for almost a year. It’s the least we can do.”

The charity, which also counts Russell Brand and Wycombe Wanderers Manager Gareth Ainsworth as its ambassadors, was relieved when local people recently answered a call for more Street Heroes to keep up with increased demand. They’ve even got a four-legged friend on board, Robbie the Terrier from Penn, who delivers pamphlets to neighbours in his doggy jacket.

While the Street Heroes rally their neighbours, there’s no doubt that their efforts are hugely appreciated by the families and individuals who received food parcels.

Anna, a mum of four, was referred to the One Can Trust by her children’s school last April:

“I was a childminder and lost my business due to lockdown. My husband provides car services and saw his work evaporate overnight too. This support has given me one less thing to worry about and meant I could put food on the table. I’d like to say a huge thank you to all the Street Heroes and everyone who helps make the charity’s work possible.”

If you need support in providing food or would like to become a Street Hero or volunteer in another capacity, please visit onecantrust.org.uk 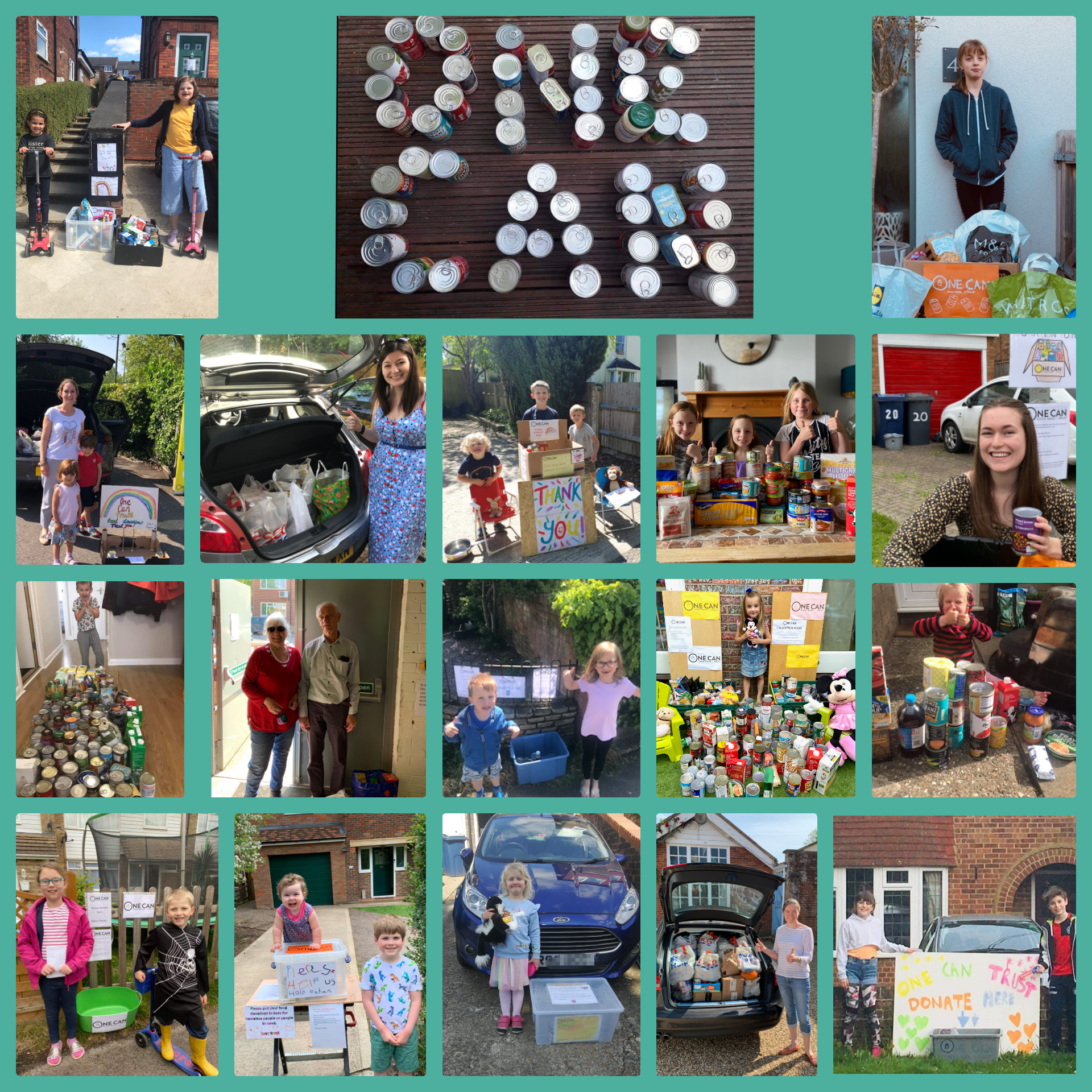 This site uses Akismet to reduce spam. Learn how your comment data is processed.

Copyright © 2022 One Can Trust. All rights reserved.