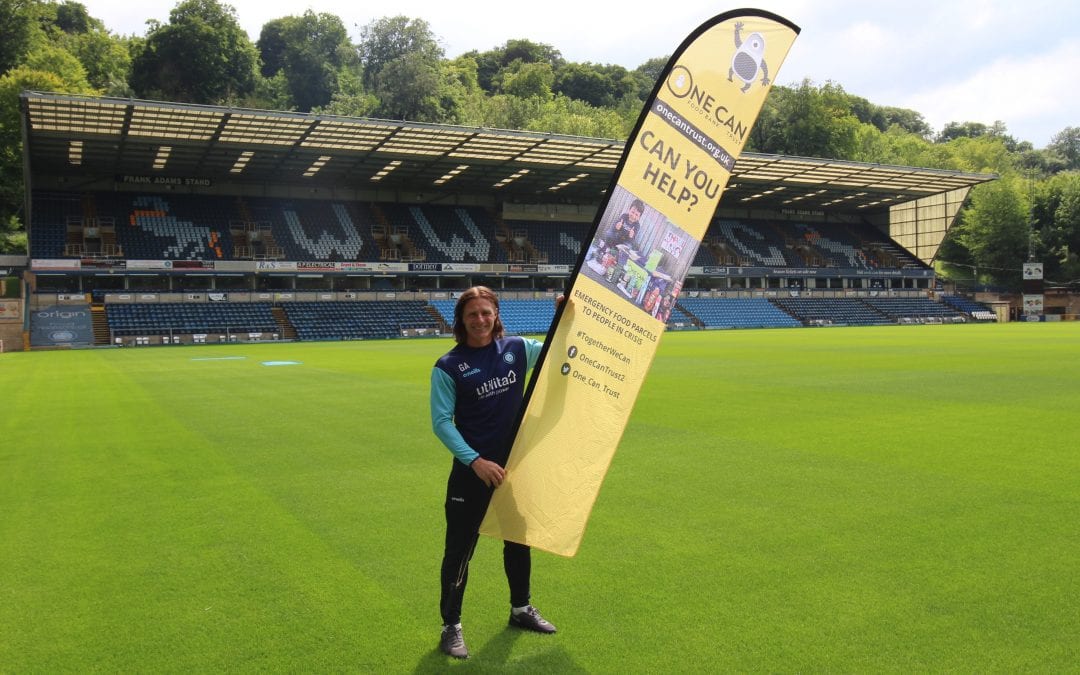 The One Can Trust, the food bank for South Bucks, has said it’s only been able to meet soaring demand this year thanks to the generosity of the local community, while also warning there could be worse to come.

Like many charities, the organisation has had the most challenging year in its existence. The team, based in High Wycombe town centre, has had to rethink its whole operation to make it covid safe, manage an initial drop in volunteers and food donations, recruit a team of drivers to deliver food parcels and develop their own phone app to keep donations coming in. It’s also been a year of exceptional support, including high- profile endorsement from new ambassadors Gareth Ainsworth, manager of Wycombe Wanderers and Russell and Laura Brand. 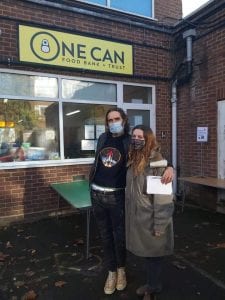 Graham Peart is the One Can Trust Chairman:

“When Covid hit, we had to react and adapt at lightning speed. Demand has tripled at points over the last year, and is higher than ever right now, but we’ve managed to offer hope and relief in record quantities and continue to do so.  It all being thanks to an incredible joint effort from our small but superb team of staff, our army of volunteers, including many new recruits, and the wider community, including residents, businesses, faith groups and partners.

While I wish we didn’t need to be here, I’m thankful that we are, and incredibly proud of what we’ve achieved together. However, we know, with furlough due to end in September, there will be more families facing hardship. Some of those supporting foodbanks could well be the ones who start to need support too.”

The food bank provided 9310 parcels to families during 2020 – up from 5603 the previous year. The number of people being helped each week, in the 12 months since the first lockdown, stands at an average of more than 500, compared to around 200 at the beginning of March 2020.

However, this has recently increased further still, as more local schools identify families in need – with a figure of 690 for the week up to March 12. Almost half of these (47%) are children. Based on this latest statistic, we are currently supporting more than three times more people than pre-covid times.

Anna, a mum of four, was referred to the One Can Trust by her children’s school, last April:

“I was a childminder and lost my business due to lockdown. My husband provides car services and saw his work evaporate overnight too. I had a lot of bills to pay which left me unable to do a regular food shop. This support has given me one less thing to worry about and meant I could put food on the table. I’d encourage anyone in need to come forward. There can be a stigma attached to going using a foodbank but if this organisation has helped me, I’m sure there are many others who would benefit too.”

Kim, who has a young daughter, asked for the charity’s help after being in an abusive relationship:

“I was in an abusive relationship for a long time and finally managed to get out but also had to leave my job to get away from my ex-partner. I was so distressed and under huge pressure financially. I didn’t have enough to cover the basics and often found myself having to choose between spending the little money I had on gas or electricity.

The hardest thing was asking for help but when I went on the One Can Trust website and read other people’s stories, I realised support was available. When I got my first parcel from the food bank it was such a relief. There were things in there I hadn’t been able to buy for ages, like shampoo and a packet of biscuits. The support I received from One Can made me feel more human and that someone cared. My message to others struggling is that it’s ok to ask for help.”

An Army of Volunteers and Street Heroes 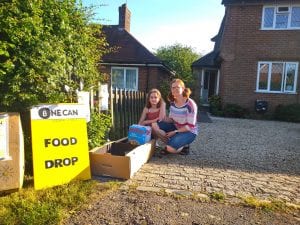 One Can Trust Volunteer, Charlotte

This support, provided to vulnerable individuals and families, relies on an army of 179 volunteers and around 300 Street Heroes (including school children and two dogs) who collect from their neighbours. Charlotte stepped up when her dad, who had been a volunteer for three years, had to give up during the first lockdown:

“I wanted to help cover all those who couldn’t continue to volunteer. I think I’ve covered every job, helping sort the food in the warehouse, putting it away, refilling the packing room, packing the bags and delivering the bags to the families.

I’ve made some lovely friends and my children have both joined in too. My daughter set up as a Street Hero last summer and my son now helps out in the warehouse. We all believe the One Can provides an invaluable service to our community.”

17-year-old Keyaan Hameed has done almost 30 drops to the food bank’s warehouse, so far, and is OCT’s youth ambassador:

“More and more people were in need due to loss of jobs, so I decided to become a Street Hero. I put a notice on my community page and the response I got was beyond words. I’ve carried on for almost a year. It’s the least we can do.”

Latest figures show that more than £35,000 of food parcels were delivered in January, with the vast majority of food donated by the local community, independent businesses and supermarkets. While there are fears demand will continue to rise, the One Can Trust continues to receive phenomenal support and is also proud to have some high-profile ambassadors who have come on board in the last year.

Local Ambassadors for One Can Trust

The charity’s partnership with local football club, Wycombe Wanderers, as well as the club’s trust, became even stronger when manager Gareth Ainsworth become the OCT’s first ambassador, back in June:

“It was an honour for me to be invited to become an ambassador for One Can Trust, which was a fantastic recognition of how much the charity and Wycombe Wanderers have developed their partnership over the past year. From the launch of a food collection point on matchdays at Adams Park, to a successful online fundraiser in lockdown – which was supported by a number of players, staff and supporters – we hope we’ve played some part in supporting the food bank & helping local people during a time of increasing need.

One Can Trust does so much for vulnerable families and I’ve got so much respect and admiration for their volunteers, Street Heroes and donors that make an incredible difference.”

The charity was also recently delighted welcome two other high-profile ambassadors – Russell Brand and his wife Laura. The couple, who are local, have already offered a variety of support, including holding a fundraiser, donating food and making a video for the charity, following their visit to One Can, back in November.

“Laura and me are really happy to do our small bit to help this fantastic organisation provide much needed help. We have been shown how volunteering – in whatever way you can – can give meaning to your life and make you feel connected. We hope we can be of service and repay the good faith of this great group of people,” said Russell. 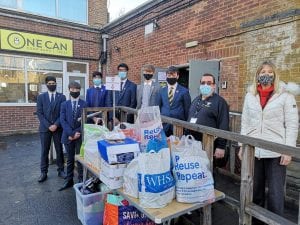 There has also been a range of other activity to raise funds and awareness for the One Can Trust food bank including a virtual rendition of You’ve Got a Friend in Me (recorded by Top Notes Choir, with young One Can Street Heroes), local residents donating allotment produce, as well as individuals live-streaming gigs, running quizzes and donating profits from the sale of masks.

The big message from the whole of the One Can Trust team is thank you so much to every single person who has done something however big or small to help support so many vulnerable individuals and families. 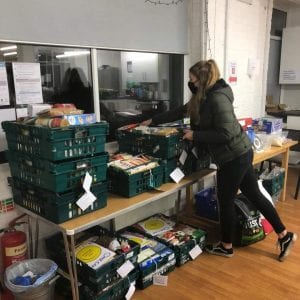 ✅Need help? Find out how we can support you here ▶ 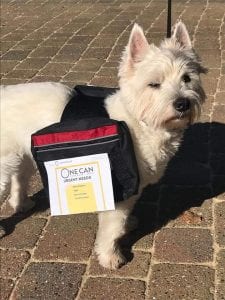 Join our ONE CAN STREET HEROES

This site uses Akismet to reduce spam. Learn how your comment data is processed.

Copyright © 2022 One Can Trust. All rights reserved.